who is online counter blog counter 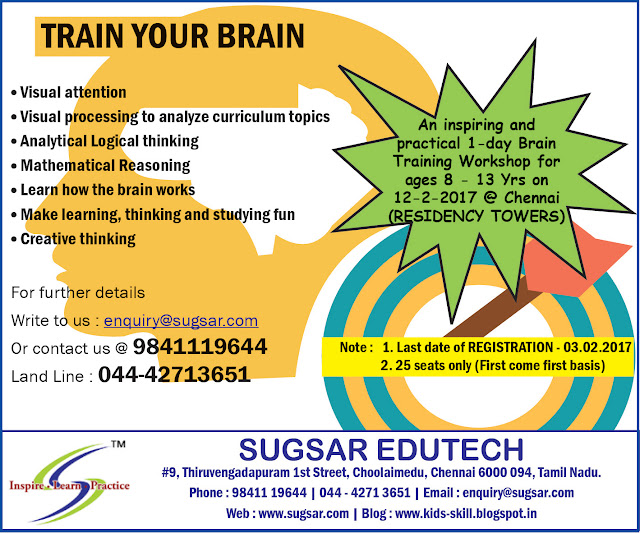 It is tempting to imagine a memory as a particular circuit of neurons , forged by the original experience, where sending an electrical impulse around this circuit in the same pattern as the original stimulus recreates the experience. However, evidence shows that recall is a much more complicated process than this. Memories are not simply little computer routines, which can be run again and again, producing the exact same response each time. Nor are they like photographic memories, which can be exposed over and over to produce an identical picture each time. 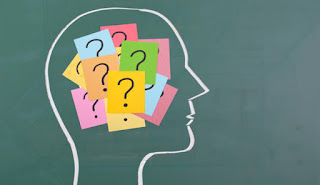 A memory is a mental experience in the present that is constructed from elements that refer to the past. For instance, your memory of eating ice-cream is built up from mental representation of such qualities as sweetness and coldness. In other words, a memory is a reconstruction of original experience. Remembering an experience is a bit like having a virtual experience that has been constructed to seem like the original. This explains why memory can be notoriously unreliable, and how different people can remember the same thing vey differently. It is even possible to make people remember things that never actually happened to them.

The ease with which you can address a memory depend on how well it was encoded in the first place. High-Quality encoding ensures that a memory is laid down as part of a rich network of associations. When it comes to recall, a memory is accessed via one or more of these associations. The more associations that exist in your memory store, the greater the number of angles from which you can access this memory, and the easier it will be to recall. This is why good encoding is the key to successful recall.

Quality encoding of data to long-term memory means not simply learning facts in isolation but understanding them and how they relate to larger factual structures and systems, so that accessing the data from multiple avenues becomes possible.

There are many different types of knowledge, from facts to opinions, trivial data to great wisdom. But one of the most important types is know-how. Often very difficult to write down, know-how is an understanding of a process or the expertise, required for a particular activity.

If you were to picture your own know-how as one part of your total knowledge, then it would be like the roots of a tree which lie below the earth's surface. In other words, know-how is not always immediately apparent, but it is fundamental to your learning. So it is important to learn the value of know-how and recognize how it can be applied in different circumstances.

Transferring know-how knowledge is a complex matter. One very important factor is the extent of our knowledge.You need to know enough about something before you can really use what we know effectively. So it is important to achieve an adequate level of knowledge before applying that knowledge elsewhere. The best example is the application of mathematics at school. The student needs an extensive knowledge of the mathematical concepts and operations involved before it needs to be applied.

In reality, know-how is acquired through regular practice and learning. Recognising what you know is a valuable asset and gives you confidence. So acknowledge what you are good at and set aside regular time to practice your skills. This helps to see how skill in one area can help you out in a different unfamiliar situation. For example, a child using a colour-coded table to list different kinds of chemicals in a science class might use the same idea to list dates and events in a history class.

The bottom-line is : Identify your know-how and learn to use it the most effective way.

Does your child need a tutor or brain trainer?

From kindergarten through grad school, students typically struggle because of two problems:

1. New information wasn't grasped because the child did not understand.
2. Weak cognitive skills are making it hard to grasp new information.

Brain training focuses on improving the core abilities needed for academic success. It consists of a variety of exercises designed to improve functioning in areas such as sustaining attention, thinking before acting, visual and auditory processing, listening and reading.

But how do you know what kind of training is required for your child? When looking for help, right kind of testing in crucial. Far often a student's individual underlying skills are not identified. Testing prior to training skills and choosing the right brain trainer are vital in overcoming learning or reading struggle. The results are better academic performance almost immediately, and an enhanced ability to learn into the future.

Tutoring can benefit students in certain situations, but for those with underlying cognitive skill weaknesses, cognitive skills training is the answer. So, when you are looking to help your child's learning difficulties in school.... think brain training first.
Posted by sugsar at 02:31 No comments:

Have you come across the fable of four blind men and an elephant? One man believes the leg he is grasping to be a tree. The second man is sure that the tusk he is holding is a spear. A third is convinced that the writhing trunk he is touching is a snake. The last, feeling an ear, tells his companions that he has found a fan. If only the men had waited a bit and pooled their knowledge, they might have been able to make sufficient connections to realize that they were, in fact, dealing with an elephant.

Being able to defer your judgement, not jump to conclusions, is a useful attribute to have if you wish to improve your mind. In today's judgmental society, it often seems as if you need to have a smart answer to everything. Not being able to come up with an immediate sound-bite response can be perceived as a weakness. Yet this quality of delayed judgement is exactly what many complex situations require. It allows you to move beyond simplistic notions into more sophisticated ones.

Tough problems take time to unpack. If you are too eager to solve them and strain away at the leash desperately trying to come up with an answer, your mind becomes brittle and binary. It can't see beyond the black and white, the yeses and nos.

May be there have been times when you have felt confused and quickly came up with an answer, but would have benefited from spending more time puzzling out a better answer? Or when you have been exploring a really difficult problem which may have had many different perspectives? Have there been times when you dismissed something as unimportant which subsequently assumed much greater significance in your life? Or when things have been difficult and you made an emotional judgement that you later regretted? By becoming aware of these situations you can consciously practise deferring your judgment the next time you are in a similar situation, and practice this response will become instinctive.

It is smart to defer evaluation when working with others to come up with new ideas, for good reasons. First, if you jump in too quickly, especially with a critical thought, you are likely to make the contributor of the idea feel put down. This can evoke hostility or cause the person to withdraw from the discussion.

Second, coming up with creative ideas is a dynamic, ongoing process. Ideas breed ideas. Often the better ideas come later as a result of earlier ones. By postponing judgment, you will enable yourself and others to go through this creative process. And third, if you are serious about developing your mind, then you may want to work on the personality which comes with it. People who never stop and think are hard work to be with !
Posted by sugsar at 00:48 No comments:

Even good readers may have difficulty spelling but for students with learning disabilities, mastery of spelling is an even greater challenge. Students with specific reading disability have significant difficulties with spelling and typically make much slower progress in spelling than in reading. Even though disabled spellers progress through the same early stages of spelling development as normal spellers, they progress at a much slower rate and may never achieve the highest levels of spelling skill. Spelling is a linguistic skill which depends upon sensitivity to the sounds of words (phonology) as well as to letter patterns (orthography) within words. It is important to note that orthographic memory is different from visual memory and poor spellers may perform quite well on traditional tests of visual memory and visual-spatial skills. Studies of poor spellers indicate that impaired readers make errors related to orthography, phonology, and morphology. The students who responded best to instruction were those who made fewer errors related to phonology and morphology. Research indicates no relationship between IQ and spelling skills.

Spelling instruction should be thoroughly integrated with word identification instruction rather than a separate process. For students with persistent reading and spelling difficulties, the sequence of spelling skills should be the same as for reading. Therefore, the best approach is to use materials for reading instruction which include spelling skills carefully coordinated with word identification. If using materials which do not include spelling, the teacher must carefully coordinate spelling instruction so that it matches the reading curriculum. Words to be spelled by encoding should be the same words that the student is taught for decoding. Irregular words for spelling should be those words which are needed to read the decodable texts that are used for practice of reading. Assessment of spelling skills can also be used to guide instruction for individual students. For example, students who are significantly more advanced in reading than spelling might be working on roots and prefixes for reading but require additional work in more basic spelling patterns. Careful and detailed assessments of spelling skills can provide guidance for the teacher in selecting areas for remedial instruction. Even with such students (more advanced in reading than spelling), the teacher should connect the spelling skills to reading. For example, consider a student who has not yet mastered the doubling rules for spelling but can read these words correctly. This student could be led to discover the rules that govern spelling through analysis of the words and then given systematic practice spelling these words. It is important for teachers (many of whom are intuitive spellers) to thoroughly understand the rules and patterns which govern spelling in English.
Posted by sugsar at 18:51 No comments: 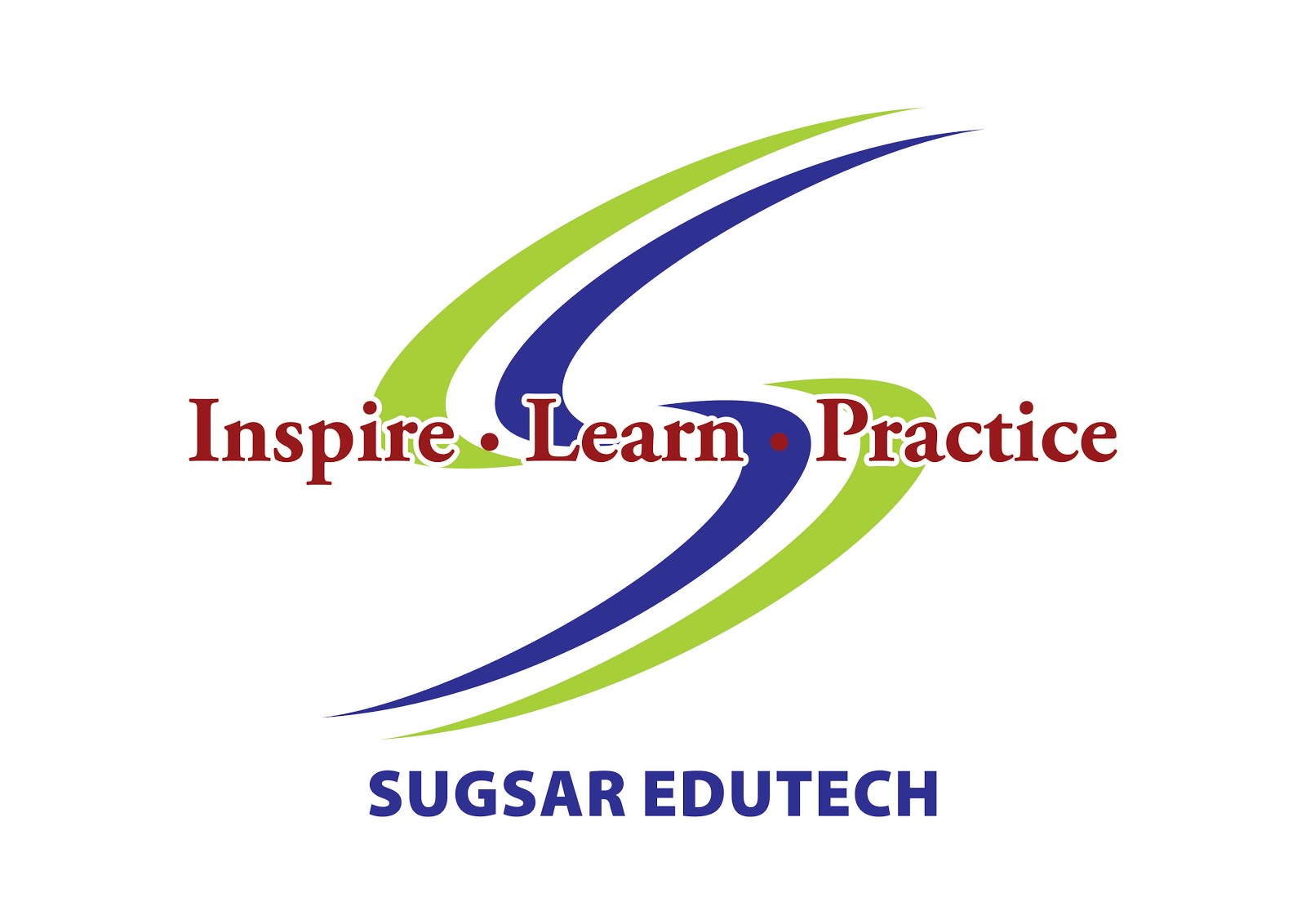